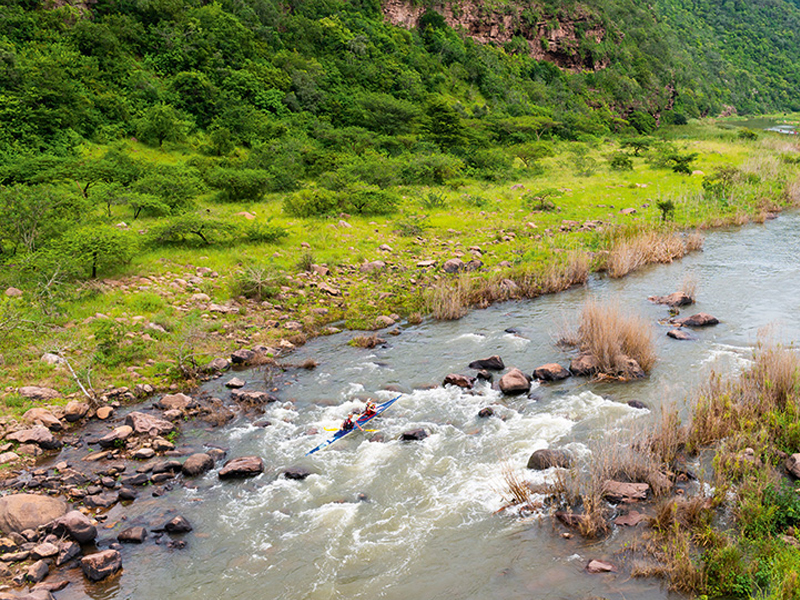 While a large amount of research has evidenced the prevalence of plastic pollution in marine environments, there has been limited research on macroplastic pollution in freshwater systems across the developing world, including South Africa. This is alarming considering that the majority of plastic waste that enters the ocean originates from freshwater systems. According to some researchers, the possible reasons for this are largely a consequence of geographic differences in human and technical research capacity, and varied research prioritisation. In support of bridging this knowledge gap, the INR, funded through the WRC, has embarked on a project to develop a rapid citizen science-based macroplastic monitoring protocol for freshwater systems, rivers and wetlands specifically, in South Africa.

The protocol will use a combination of desktop and in-field methods to identify plastic hotspots along freshwater systems. An initial desktop assessment of landuse (later supported by in-field visual assessments) will be used to identify sampling points. Once a disturbance profile is generated for the site, a citizen scientist monitoring team will quantify and characterize macroplastics at each site using transect and quadrat sampling methods. The plastics collected will be then analysed in terms of type and quantity to generate a ‘plastic load’ for the system. Characterisation is an essential output of the protocol as it will highlight which plastics (and by association which sources) are of greatest concern. Importantly, once developed, the protocol will be piloted in selected case study systems within KZN to establish its utility/sensitivity in prioritising systems, waste streams and sources for macroplastic pollution management and mitigation. The entire process is driven by citizen scientists with a vested interest in mitigating plastic pollution within the environments they interact with and the need to capacitate communities to participate in environmental monitoring and protection. The project will hopefully also show the potential for increasing the number of green jobs within the environmental sector whilst creating awareness around environmental and human health impacts of plastic pollution.

The project, which commenced in April 2022, is currently in its inception phase so we are open to collaborating with you and your community/company to extend the benefits of the project to other areas. You can also donate to this project by visiting our website: https://www.inr.org.za/donate-to-the-inr/